The other day my daughter came home from school and told me that they are going to be playing Dodgeball during a few classes the following week.  My response was something along the lines of “Oh my God why???”

People usually have one of two responses to Dodgeball – either they fondly remember bashing the crap out of fellow classmates with the ball and winning or, like me, the word strikes terror in your heart.  That the darn ball stung like hell and it didn’t matter that the teacher said “no hitting in the face,” us nerdy, wimpy, short, pale kids always got hit first and always in the face!  I distinctly remembering cowering and begging my teacher not to make me play dodgeball.  Please let me do anything other than this, but no, everyone had to participate.  Never fail, less than 90 seconds into the game the ball would smack me upside my head, usually thrown by that stupid mean boy, Billy Johnson, and I’d be out with a red streak down my face.  If only my teacher had listened I would be sitting down already minus the damn red streak on my face!

It seems that my daughter’s school was participating in a fund-raiser for the American Heart Association by having a dodgeball competition and kids had to pay $5 to participate.  I was even more confused that my daughter actually was willing to pay money to play this horrific, tortuous game.  I would have given twice that much in my day to avoid dodgeball!

Over 14 years ago when I was pregnant and found out I was having a girl, I imagined what my daughter would be like.  She would be incredibly smart, petite and beautiful.  She would love to read and write like me and we would spend hours discussing books together.  We would have so much in common and life would be full of flowers and butterflies.

I often point out to my family and friends that God has a sense of humor.  My daughter IS beautiful and smart but that’s where the similarities between us end.  (like how I gave myself a couple of compliments there but it looked as though I was complimenting my daughter?)  She is also athletic and already taller than me, both of which I admire and envy.  She gets these traits from her father.

This was just the latest example of how different my daughter is from me.  If she didn’t look like a mini-me I would march her down to the hospital and demand a DNA test to prove that she wasn’t switched with my real child.  My daughter has been a gymnast, a cheerleader, wanted to go out for basketball and volleyball and now wants to participate in a non-mandatory game of Dodgeball???  Sometimes I’m convinced that my real child, a teeny pale nerd wearing coke-bottle-bottom glasses, is out there somewhere re-reading War and Peace for extra credit. 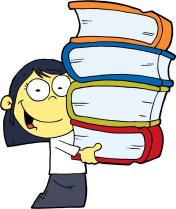 So after Day One of this Dodgeball, my daughter tells me that her team not only won but that she was never hit by the ball and was the last girl standing on her team.  I admit, I was impressed.  On Day Two she tells me what I dreaded.  She was smacked in the face with the ball.  Oh here is something that I can relate to!  I can sympathize with my daughter because this has happened to me!  Don’t get me wrong, I’m not happy that she was hit in the face, but I’m thinking that this is a topic that I know something about.  I can’t help her when she expresses her concern over not getting her back tuck at gymnastics.  Hell, I still don’t even know what a back tuck is!

So I ask, “What did you do?  Did you cry?  I used to cry.”  She says, “No,” shaking her head and getting angry all over again.  (Now that is something she gets from me, her anger!)  “The boys who hit me were kicked off their team for hitting me in the face.  Then I picked up the ball and slammed it into one of their player’s chests and we won the Championship!  Oh, I was the only girl left again.”

I was so proud!  MY child, MY offspring, won the dodgeball championship!  I couldn’t believe it.  Ha!  The only thing better would have been if Billy Johnson’s son had been the boy my daughter hit for the win.  Now that would have been sweet!  Having a daughter who’s different from me is good.  It teaches me all kinds of things every day.  As it turns out, sometimes you are most proud when your children are very different from you and excel in things you never could.  AND . . .  She’s also a big help in the kitchen because she’s tall enough to reach everything in the cabinets!